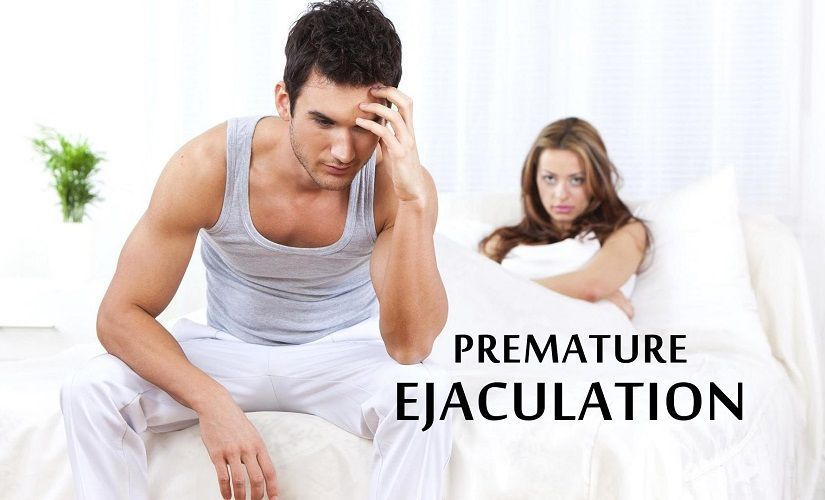 A lot of people don’t know that a person’s sexual health is directly connected to his physical as well as mental health and vice versa. So, to keep your body and mind fit, you need to be sexually fit. Dr. Chirag Bhandari says- “Ejaculation is a process that has the involvement of a man’s central nervous system. And it is possible to get mental health problems due to premature ejaculation causes.”

Many men suffer from premature ejaculation at a very early age while some face it after their 30s. But the problems that both types face are not different at all. In every case, PE makes a man get into a degrading zone in which a man starts feeling negative about him. The sense of guilt and failure to not satisfy their partner starts eating them up.

In this article, we will understand about premature ejaculation and how it makes a man suffer from mental problems.

What is Premature Ejaculation?

In simple words, when the time gap between stimulation or sexual arousal and ejaculation starts decreasing, making the act unpleasurable, then it comes under Premature Ejaculation. Generally, in PE cases, a man loses its control over ejaculation and its timings completely. The lost control makes it difficult for a man to delay ejaculation for pleasurable intercourse.

However, there is no single cause that results in early ejaculation. Men with different health conditions fall into different subtypes.

How Ejaculation happens during a sexual act?

During an intercourse, sexual stimulation or excitement arises in a man’s body that generates impulses. These impulses go to his spinal cord and his brain to initiate the process of ejaculation. As we already said, the central nervous system plays a huge part in this process. And when a man achieves a considerable amount of excitement,  the central nervous system triggers ejaculation. And a while semen releases from the male reproductive part while he ejaculates.

Ejaculation is triggered when a man reaches the threshold of excitement. It consists of two phases:

How Early Ejaculation have a psychological aspect?

In the same way, when a man is not able to ejacualte timely, his mental health also gets affected. It is because they have a to and fro relationship. Not being able to satisfy the partner is not a small thing and some men take it very seriously.

Lovemaking is not a rocket science. It is a natural process and involves more participation of the brain as compared to their reproductive organs.

Men are comparatively more sensitive than females for sexual performance. And when they see they cannot satisfy or give pleasure to their partners, it kills them inside. Some men face stress while others get into issues like depression. Failure to ejaculate makes a man think that they are losing their masculinity and it makes them lose their self-esteem.

The fact they don’t know is that PE is a very common sexual issue and can happen to anybody at any age. And having early ejaculation does not make them any less of a guy. By taking proper treatment and precautions, you can overcome these issues very easily.

How can you treat mental problems that occur due to Premature Ejaculation?

Just like a sexologist or a sex therapist treats psychological causes of PE, they also help to cure mental problems resulting from premature ejaculation causes. If you and your partner think that this sexual issue is making you suffer mentally and psychologically, visit a sexologist now.

Sex therapist or sexologist are those doctors who are expert in sexual health and disorders. A sex therapist will examine your issue closely and offers you an ideal solution. They offer talk therapies to couples to let all the things out from both the partners for a better understanding. And when they find the actual cause of the problem, they design the treatment accordingly to solve the issue effectively.

Dr. Chirag Bhandari is the best sexologist in Jaipur and the originator of the all-in-one sexual health clinic- IASH, India. The clinic is famous for treating mental and physical health issues related to sexual disorders. His team of the best psychologist and sex therapist are widely popular for treating mental health problems with the best success rates at IASH, Jaipur.

If you want to lead a mentally and physically healthy life, take care of your sexual health. All three are linked with each other and that’s how a human body works.