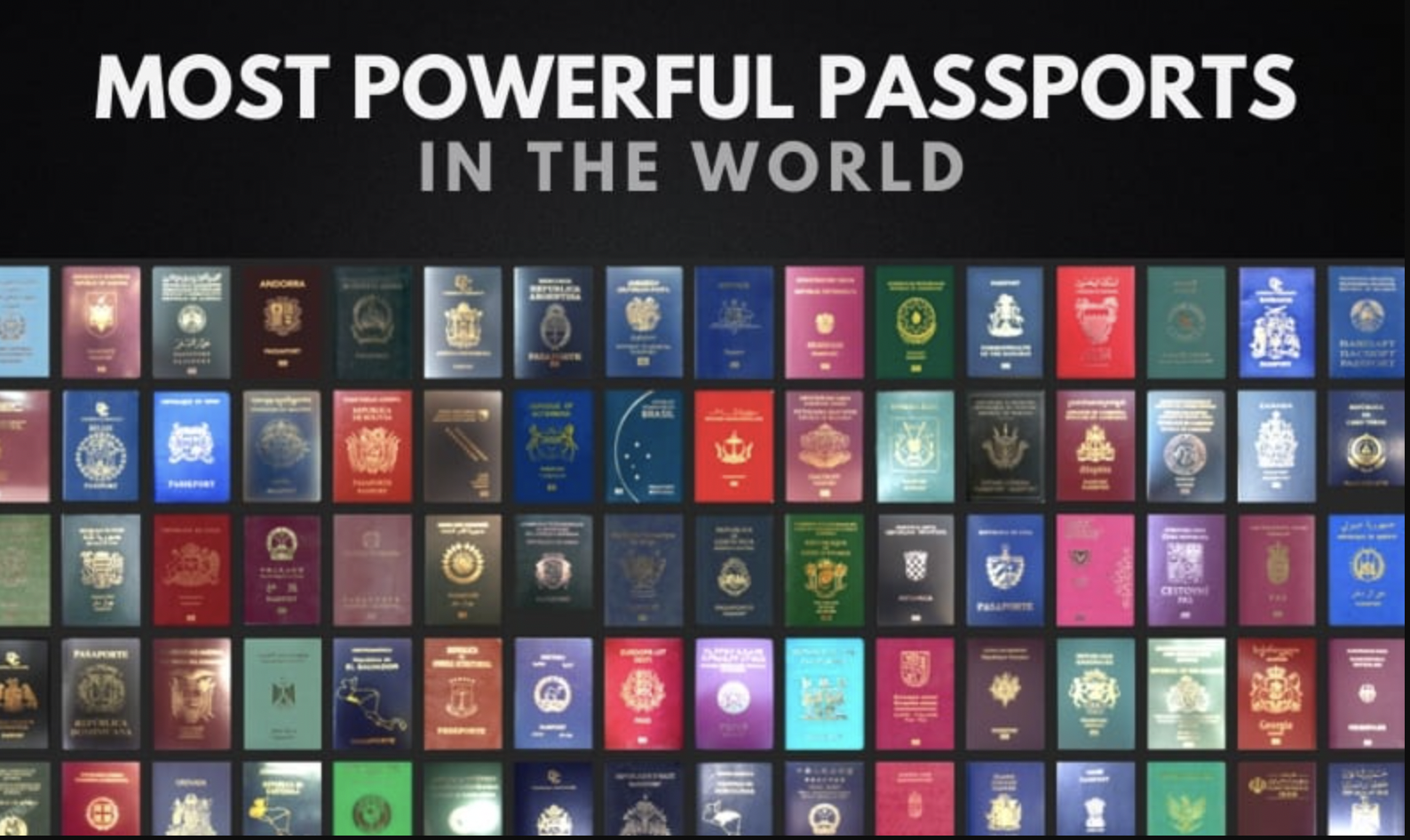 What are the 10 most powerful passports

It is Japan and Singapore that hold the world’s most powerful passports, followed by the UK and the US in joint sixth place. Here are the rest of the results

After yet another year of recurring lockdowns, looking at some of the world’s most powerful passports feels a little masochistic. The future of travel remains hopeful, however, as we have said before. The human instinct to explore is ingrained in us, and as soon as it becomes safe, we will return to our roads.

The Henley Passport Index recently released its ranking of the world’s most powerful passports. This index ranks passports based on how many destinations their holders are able to access without a visa over a 17-year period.

WHAT ARE THE WORLD’S MOST POWERFUL PASSPORTS?

HOW IS THE RANKING CALCULATED?

In the Henley Passport Index, 199 passports are cross-checked against 227 possible travel destinations using data from the International Air Transport Authority.

Passports with no visa requirement or visa-on-arrival are given a score of 1 for each travel destination. Passports that require a visa or other government approval before departure receive a score of 0.

Each passport’s scores are added together to give the passport’s total score (i.e. how many destinations it grants visa-free access to). An index is then created by ranking this passport against all other passports.

Japan has taken the top spot of the index for the fourth consecutive year, either alone or jointly with Singapore. This year it is once again joined by Singapore.

In the past eight years, the US passport has fallen from the number one spot to sixth place, sharing the top spot with the UK, Switzerland, Norway, New Zealand, and Belgium.

39 destinations in the world are visa-free or visa-on-arrival for North Korea. Belarus is the only country in Europe included in this list.

Over the past decade, UAE, Colombia, Timor-Leste, Ukraine, Georgia and Peru have been the biggest climbers. The worst performing countries are Syria, Yemen, Nigeria, Libya, The Gambia, and Sierra Leone.