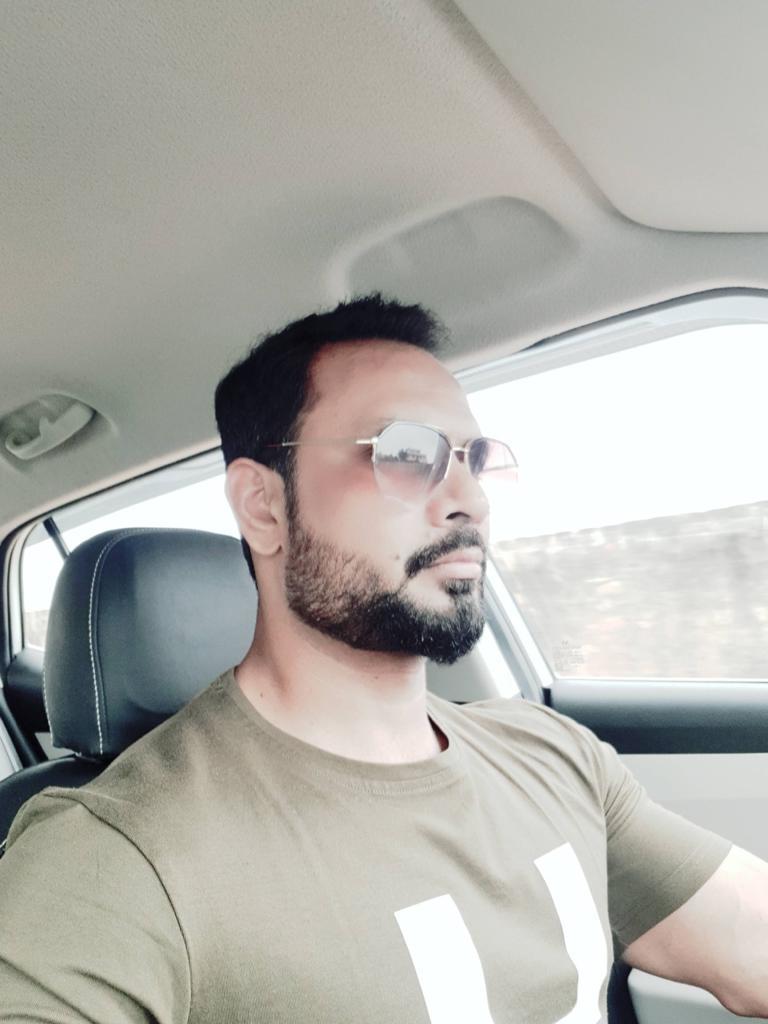 If you have seen the movie Tinder Swindler you will know what we are talking about here. There is guy named Yogesh Bhadana and he calls himself Yash. He has a profile on Aisle and probably other dating platforms as well. This is how he looks: 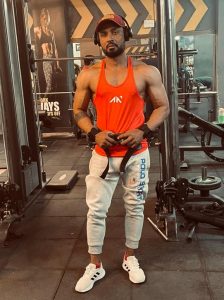 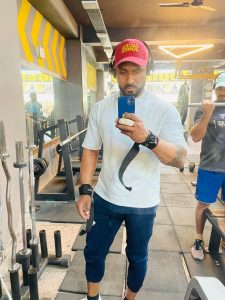 He is probably 35 or 40 years old and claims to be a virgin and son of a builder. He claims to have a flat in Kalkaji and also says that his father was the builder of Vivanta by Taj. He is a big fraud and we have heard stories from several women about how he cheats them by saying that he is a Gym owner. This is his Instagram account:

In this profile you can see that he has written he is the owner of this gym, but he is not. He is just a trainer here and sits in the owner seat and calls women when the owner is not around. If Fraud had a face that would be Yash Bhadana from Faridabad. He says he has a farm house in Faridabad and he says his mother lives in Kalkaji with his father. This is the picture he shares with women saying that she is his mother. 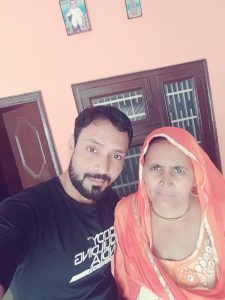 He also says that he has a sister and a nephew and niece and we think that is a lie because women have caught him talking to this sister of his a lot. He even saves his nephew’s photo on his screensave on his phone, and unless you are father of the child you wouldn’t do something like that.

Yash or Yogesh Bhadana always wears branded clothes and shows that he is very rich and doesn’t repeat the same clothes. He tells women that he wants to settle in Canada. He also says that he has 2 wine shops, which is again a lie. Our team visited his house to retain a phone that he tricked and took from one of the victims.

The victim has shared these screenshots of his chat with her.

In this image she has bought him an iPhone because he said that he lost his father and someone robbed his phone. Now he cannot spend the house money to buy a new phone because according to the Hindu rituals you are not supposed to spend money if there is death in the family for 13 days. 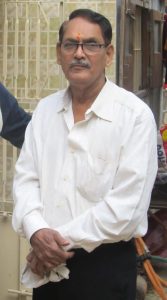 He then kept requesting her to get him a phone because he had to close some deals that his father was running. Yogesh Bhadana is the biggest fraud of all times, he emotionally tortured her and she had to buy him a phone. After she bought him the phone he kept saying he will pay the EMIs but he didn’t.

As you can see he stopped responded. He didn’t only want the phone but has asked her for money too. When she refused to give him money he stopped responding and archived her so that he is not disturbed by her messages.

Yash Bhadana is doing this to most women out there. We spoke to a few more who said that they went to the police but the police was not able to help because they gave him money and materials willingly.

Sadly the women of India are suffering from people like this and that is why it is becoming more and more difficult for people to find the right match or even a trustworthy person on apps such as Aisle, Tinder, etc.

Here is his Facebook Account. We have also Attached a Screenshot of his phone number. Do not be a victim of this guy named Yash or Yogesh Bhadana.

0 comment on Yogesh Bhadana – One of India’s Tinder Swindlers